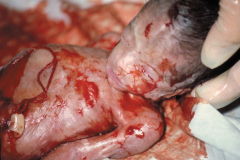 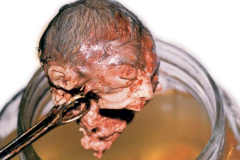 As you’ve have probably heard, the state of New York just removed virtually all legal protections for pre-born children and safeguards for pregnant women victimized by the abortion industry.

Under the Reproductive Health Act, non-doctors are now allowed to conduct abortions and the procedure could be done until the mother’s due date if the woman’s health is endangered or if the fetus is not viable.

Andrew Cuomo, the governor of New York, signed the Reproductive Health Act, or RHA, on the 46th anniversary of Roe v. Wade, which the pro-life movement somberly remembered on the same day, January 22, 2019.

I was born into the left and simply parroted what the people around me said. I was an NPC that hadn’t woken up yet. Now that I have taken the red pill and their is no going back, I now realize that the vast majority of abortions aren’t because the woman was raped and this was forced upon her. That’s the lie the left sells you. That’s just not reality.

I also have known women that have had abortions and it has severally messed them up for the rest of their lives. Which is totally normal and to be expected. After all, there is nothing normal about killing your baby just because you didn’t use a condom or were trying to trap a man with a baby, alimony and child support.

Now I realize that ABORTION IS MURDER and I would never, EVER tell my children that abortion is OK and acceptable and not a big deal. NOPE. If you’re not ready to have a baby, then don’t fuck around and put yourself in the situation in the first place!