The narrative from leftist media is that white people have “white privilege” in America that enables them to get away with crimes and make more money than black people. This is easily debunked by simply looking at income statistics in the US in which there are 8 other racial groups that make more money than white people in America. If systemic racism was real, then it would apply to white Americans as they don’t make as much money as Indians, Filipinos, Taiwanese, Sri Lanken, Japanese, Malaysian, Chinese and Pakistanis. 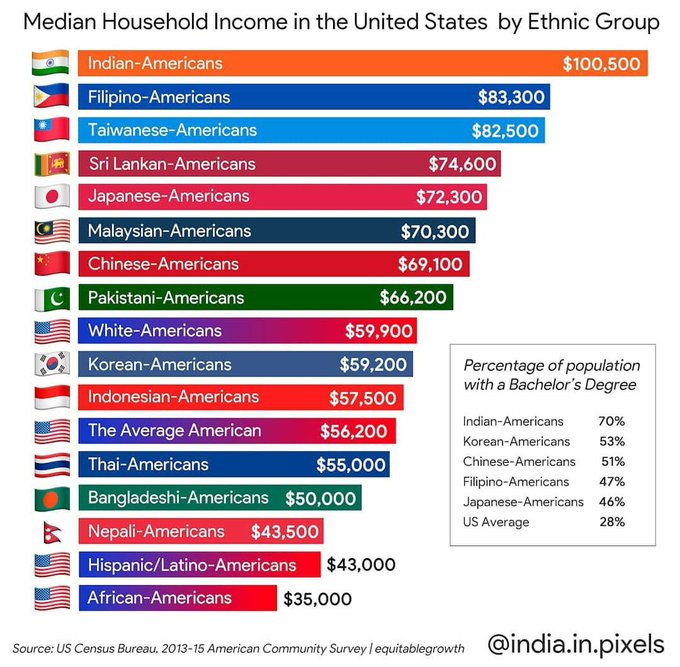