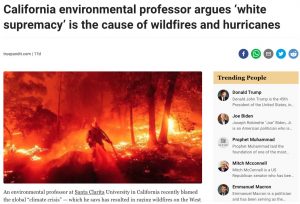 In today’s latest attack on white people, I present to you the latest article from News Break:

An environmental professor at Santa Clarita University in California recently blamed the global “climate crisis” — which he says has resulted in raging wildfires on the West Coast and hurricanes on the East Coast — on none other than “white supremacy.”

This crazy train has no breaks. They are going to keep attacking white people and labelling all of them as white supremacists until they are eradicated form the planet as they stand in the way of communism. 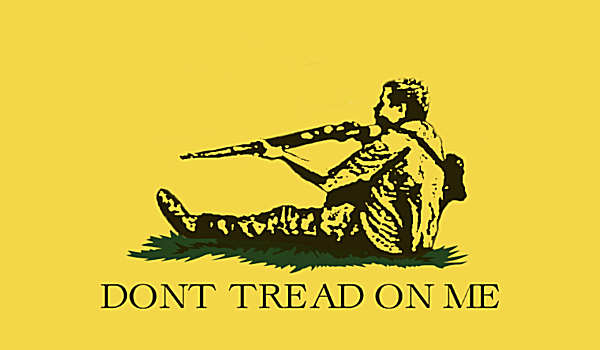 In a recent Joe Biden Ad, he accused Kyle Rittenhouse of being a white supremacist and is now getting sued for doing so by Kyle’s lawyer, Lin Wood.  The communist LEFT has been trying to take every event that features a hispanic / latino person and simply call them “white” in order to continue to… 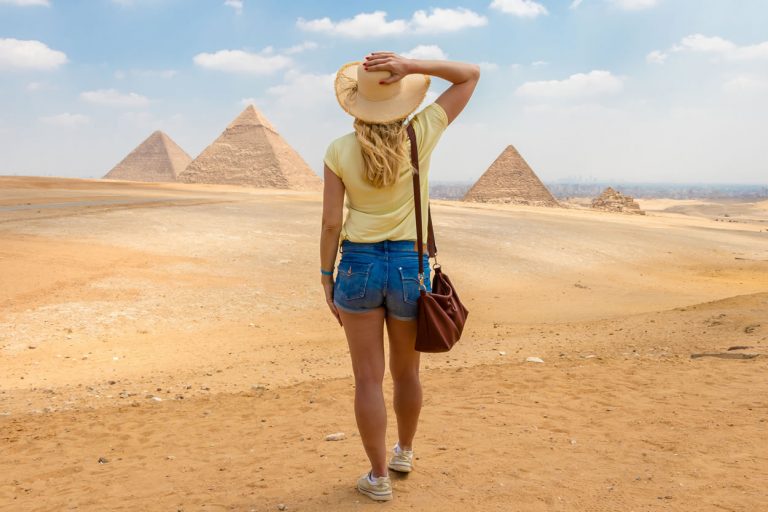 The war on white people and Western Civilization continues with today’s latest attack seen in the New York Post. These people simply hate white people, pure and simple, and will look for any opportunity to take an event and make it about “white people bad.” This is exactly what the Nazis did the jews before…

To no ones surprise, the LEFT now says ALL WHITE AMERICANS are racist. Congratulations America! By not keeping the crazy communists in check, you’ve allowed them to spiral so far out of control, that now all 234 MILLION Americans that happen to be caucasian are now racist be definition.  These are the people that control…

Leftism is an ideology that is very different than liberalism and conservatism. Some people refer to it as “The Far Left” but starting in 2014 it started to become main ideology of “The Left”. Here’s what leftists believe in: Leftists Believe in Racial Segregation Leftists believe that school dorms, events and graduations should be segregated…