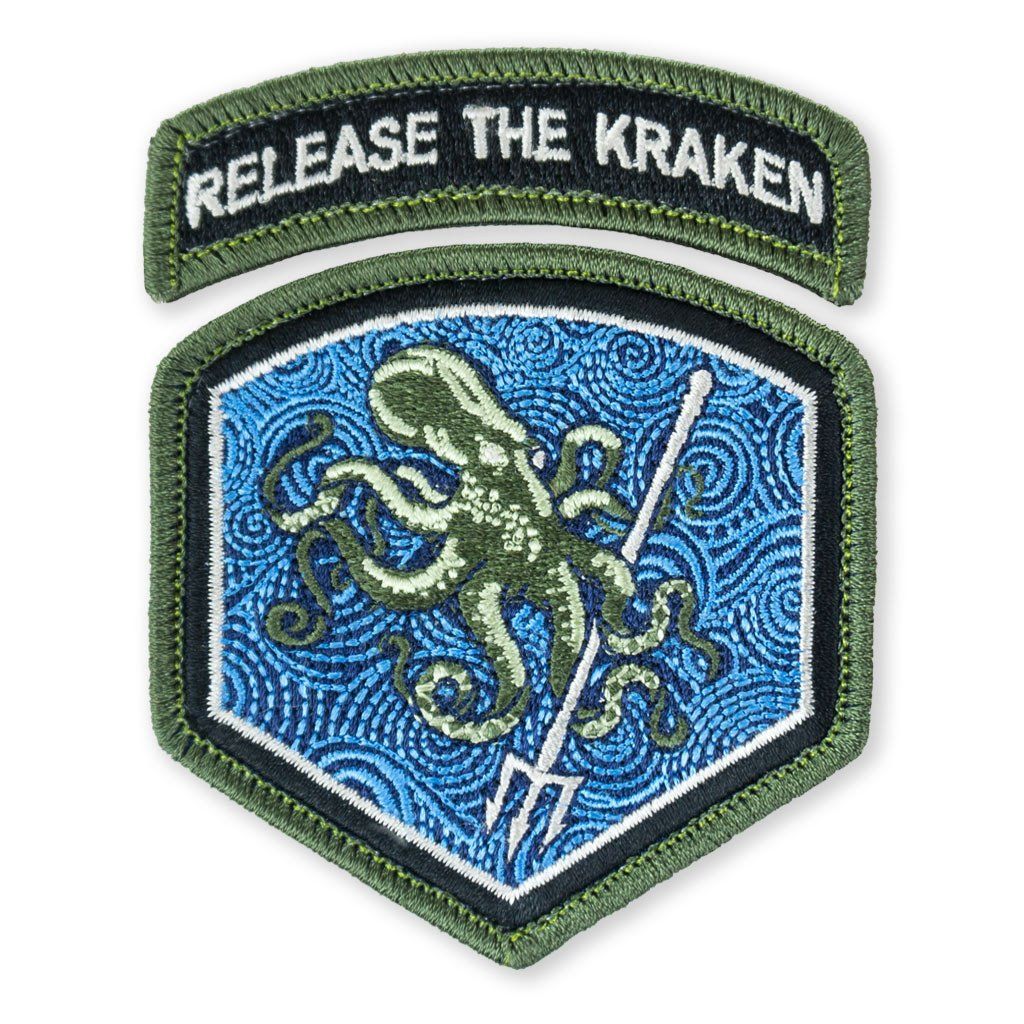 Holy Radar – that’s the Kracken!!! Who knew it is a Department of Defense Cyber Warfare Program? It Tracks Systems and acquires evidence of nefarious activities and crimes committed by The Deep State!

When Sidney Powell stated she HAS RELEASED THE KRAKEN, most of us thought of Clash of the Titans and cheered her on for her gutsy remark. She never blinked and held a stern, a serious face when she said it. She wasn’t joking and now we know why! The “Kraken” is  a Department of Defense-run cyber warfare program that tracks and hacks various other systems to acquire evidence of nefarious actions by the deep state!President Trump and the loyal patriots in the Military and Space Command now have all the evidence of voter fraud and election related treason. This will be used against the enemies of America!

What we are witnessing with the 2020 elections is NOT an election. We are witnessing the attempt of the overthrow of the United States Government. The CIA, FBI and DOJ are full of Treasonous Swamp Rats that are intent on stealing the Presidential seat, and taking over over America for the global order. They are wicked globalist puppets who are boldly pushing their coup to destroy America and implement a global reset and usher in United Nations Agenda 2030 which is the revised version of sustainable development Agenda 21. They are in lockstep throwing all their punches at unsuspecting Americans while nations around the world are doing the very same lockdowns on their citizens. Will they succeed? The answer is NO!

“Should any maligned actors underestimate our resolve or attempt to undermine our efforts, we will not hesitate to restore deterrents and defeat any and all threats. “

Certain sectors of Special Forces Operations now report directly to Acting Defense Secretary Chris Miller. They are aligned with Trump, the Constitution and the defending of America against its enemies, both foreign and domestic. So don’t panic and fear not. President Trump is in control and the battle lines are drawn. The Kraken has been released and it has everything. Special Forces assets are now being deployed to take down America’s domestic enemies and traitors.

Sidney Powell declared that, “an algorithm was plugged in to steal votes from President Trump during the election” – which is exactly what the truth bearing media has been warning about for over a decade. (Elections have been rigged for at least the last twenty years, and probably longer…)

Fake news and the entire media cartel continues to lie to America and withhold all the overwhelming evidence of election fraud. This is nothing short of assisting in a government overthrow. Treason is the only way to describe it. However, I’m sure there are some that believe what they are told to read and others who are clueless and just go to work, do their job and collect a paycheck. The same as the grunts committing voter fraud on the front lines by following illegal procedures as though they were authentic and legal. Many just don’t know and others simply don’t care.

As long as fake news continues to lie to the American public, it is nothing short in a time of war such as we are into, as an act of betrayal and considered enemies of the people. Now I am not shouting for war, it has already been declared and those who resist have been told re-education awaits them along with other horrid ideas the Left has been leaking out daily. It’s all really, really bad and not to be laughed at.

As he explains it, the CIA, FBI and DOJ are all treasonous swamp creatures who are dedicated to bringing down America, stealing the election, and imprisoning all the real patriots such as Gen. Flynn (and Roger Stone). Meanwhile, certain sectors of special forces operations and now Chris Miller as Acting Defense Secretary, are all aligned with Trump, the Constitution and defending America against its enemies, both foreign and domestic.

The entire video can be viewed at this link: The Great Reset: The Deep State vs the Great Awakening – YouTube

To think that the deep state has infiltrated so deep it had operatives at every stronghold and to consider let alone to know it is a fact that the deep state was so bold to pull a massive government take down on the scale they are attempting is more than disturbing. Wake up people and call these globalists out now and help save the United States of America and the World at large!

In New York City, an Attack on Programs for Gifted Students Leave Every Child Behind https://www.nydailynews.com/opinion/ny-oped-what-the-gifted-education-fight-is-really-about-20190920-vry2cqgpyvhw7or4jft3qa2eqm-story.html https://www.forbes.com/sites/nataliewexler/2019/08/28/to-address-inequity-lets-do-more-than-eliminate-gifted-and-talented-programs/#7551116255ae https://nypost.com/2019/08/26/school-diversity-panel-wants-city-to-scrap-gifted-programs/